Patron of the competition Jarkko Nieminen 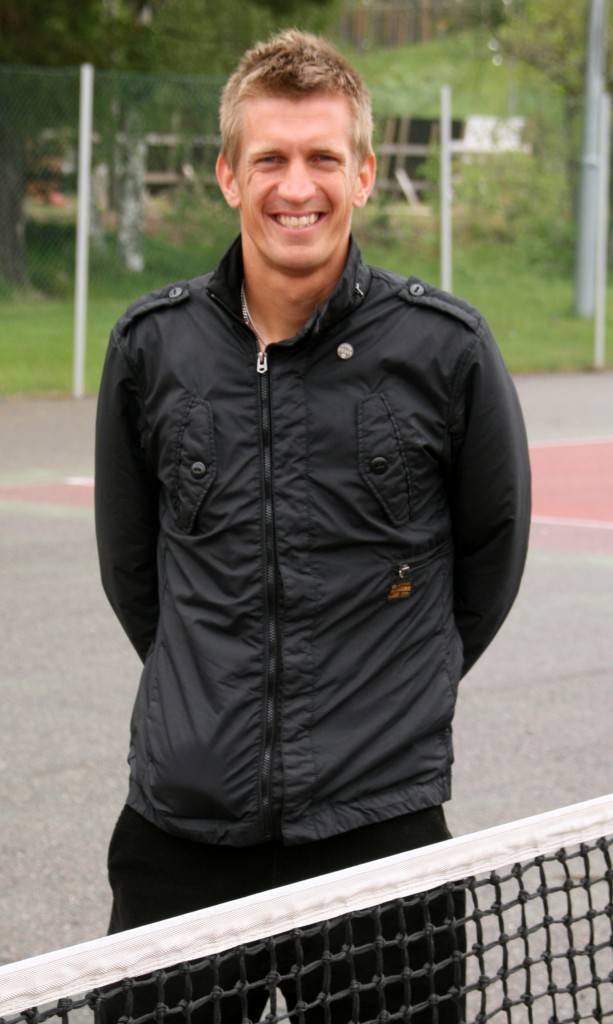 Jarkko Nieminen is the patron of Youth Jukola. For this reason, Nieminen visited Mynämäki during a holiday on a chilly, first Sunday of June.

– Young people’s attendance at sporting events is important and dear to me. I appreciate a lot of orienteering. Tennis and orienteering have a lot in common; they are both physically and mentally demanding sports. Decisions must be made alone, and quickly, and then live with them, compares Nieminen the two seemingly quite different sports.

– My experience with orienteering is limited to primary school and the army, where I oriented a couple of times. The best thing in Finland is family and friends, along with the nature. I love moving in nature. Unfortunately, in recent years I have not had either time or opportunities for this. My childhood home is located at the edge of a forest. As a child and youngster I moved in the woods a lot. In the future, I would love to go trekking.

The past six months have been more than just training and matches. In December, Turku Impivaara Tennis Center was named Jarkko Nieminen arena.

In middle of May the Jarkko Nieminen Tennis Academy was introduced. It will be fully operational in Helsinki in August after the start of school year. – The academy is open for applications from anyone between 13 and 18 years of age who is playing tennis. Around 15 young players will be selected. They will receive tailored personal couching and they will receive guidance in proper nutrition among other things, Nieminen promises. – This is not a business. If it were, there would be more athletes enrolled and they would be charged a fee. Our goal is to put quality before quantity. I am eager to help promising young Finnish athletes all the way to international tournaments. I have a keen eye on the development of several young players and I am supporting them on their careers. We are building a tennis culture in Finland with this project. It is our dream that tennis would become a truly Finnish sport.

The grass season of the summer is starting and Nieminen is looking forward to it. –My grass season begins in Germany and I am heading there early to get the feel of grass. Immediately after the German tournament, the following tournament starts in Holland. After Midsummer, begins the Wimbledon, a Grand Slam tournament in England. After that, there is only a short holiday at home and then the focus is moved to the Olympics in London. There are of course ATP tournaments in Båstad, Sweden and Germany before the Olympics.

The Olympics are the most important event for many athletes.  Some players may appreciate for instance the French Open higher but for me personally the most significant events are the Olympics and Wimbledon. The Olympics are organized only every fourth year and one never knows if it is the last chance to participate in Olympics. This time, the Olympics are even more interesting as they are played in Wimbledon. I really hope that I am playing my best tennis in London this year, says Nieminen. –This season’s games have gone really well. One challenge is to stay healthy. In tennis, if you are not 100 % fit then you are sure to get beaten.