Meatballs are the favourite

The head of the restaurant Johanna Rintapää is satisfied with the smooth running of the food services.By far the most popular dish at the restaurant is meat balls and mashed potatoes and at the grills, Finnish hash.

– The popularity was to be expected, but it still came as some of surprise. Pasta was thought to be the favourite, the head of the restaurant Johanna Rintapää says.

– I just had meat balls with mashed potatoes myself. It was so good with cream sauce!

The restaurant is visited by a steady stream of both competitors and audience members.

– There was a rush just before the start of the Venla relay and for about a half an hour after that, otherwise there have not been any queues. Food has been available the whole time, nothing has run out. Everything has gone well, we have a good feeling and no one has been overloaded with work, Rintapää says.

The menu is the same on Saturday and Sunday. At thegrills at the restaurant and the accomodation area there are microwave ovens for heating up children’s food.

– We are here to cheer up for grandmother Pia who soon heads for the third leg. Both of Veikka’s godmothers are also in the forest.

Mom chose meat balls for Veikka, it is a safe choice. As an answer to the question how many meat balls did you have, Veikka smiles broadly and carefully counts the right number of fingers: – Four! 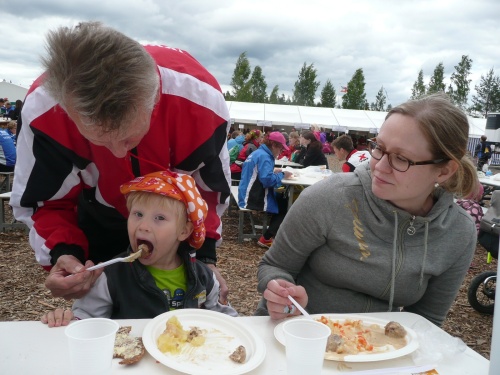 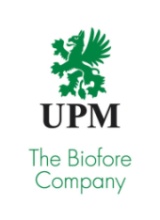