Terrain is mainly pine and spuce mixed forest with good visibility and runability. It has dense network of different kind of wider and narrower paths, which can ease and secure orienteering. Dominating the competition area Kokonniemi hill with its northern slalom slopes rises 60 meters above the Porvoo river on its highest point; so that part is rather hilly and physically demanding. Kokonniemi has sharp slopes and steeps. The hill area is partly very detailed demanding concentration and offering enjoyable orienteering with variable speed. The area overall makes it possible to offer courses for young orienteers with different skill levels.

Below pictures from the terrain and from the competition centre surroundings (pictures by Pekka Vuorinen): 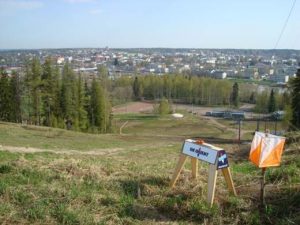 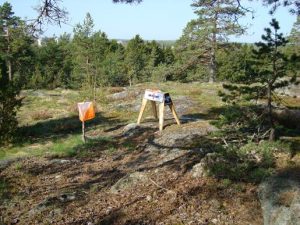 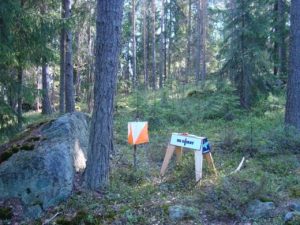 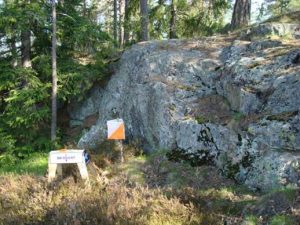 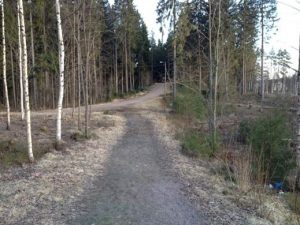 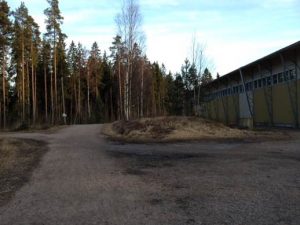 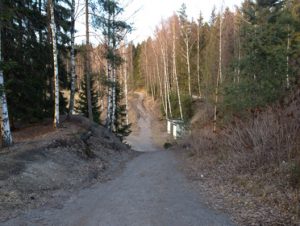 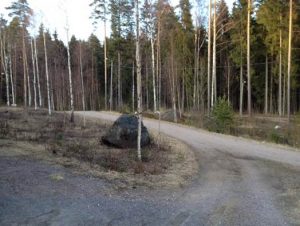 More pictures can be found in OK Trians photogallery at galleria.oktrian.fi