Kalevan Rasti is an orienteering specialized sport club in Joensuu, that was established in 1950. It concentrates on top orienteering, activities for youngsters, recreational orienteering events and organizing competitions.

Kalevan Rasti is well-known for its expertise in mapping, course planning and coaching, which create the best orienteering surroundings in Finland to Joensuu.

Jussi Silvennoinen, Börje Vartiainen, Samuli Launiainen and Jarmo Tonder were responsible of the courses in the terrain parts of the WOC in Vuokatti.

Orienteering for everyone in Joensuu

Kalevan Rasti organizes weekly open skill practices. Together with Kontiolahden Urheilijat, Liperin Taime, Joen Suunta and Selkien Sisu they organize recriational courses twice a week. For children, Kalevan Rasti’s Ketunlenkki provides a safe start for orienteering hobby. The safe courses are designed into easy terrains so that the shortest (1km), route can be walked even with trollers. 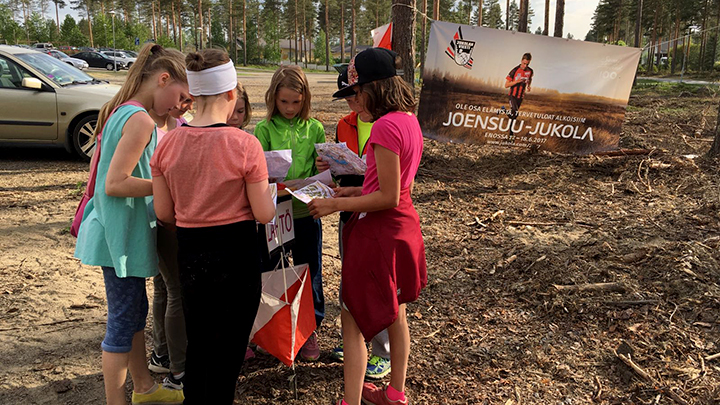 Kalevan Rasti helps schools to organize meaningful orienteering education. In the picture students from Kylmäojan koulu in Kontiolahti during their sport afternoon in May 2016.